With a Heavy Heart

In all honesty, I don't know how to begin to write this. Although my research into children's literature is vastly different from Dr. Reisman's decades of research into Kinsey and the crimes against children, our worlds seemed to collide. She encouraged, corrected, assisted, and whatever she needed to do to help me when she understood that Kinsey "science" had invaded the world of children's books.

The 45 Communist Goals were introduced into the Congressional Record in 1963. I often ruminate as to how these goals were so easily implanted into our America. Although they became part of the Congressional Record in 1963, the Communists were already working diligently and strategically to accomplish these goals, long before that. Nonetheless, it has been a mere 58 years since the goals were recognized officially. These are three of those goals:

24. Eliminate all laws governing obscenity by calling them "censorship" and a violation of free speech and free press.

25. Break down cultural standards of morality by promoting pornography and obscenity in books, magazines, motion pictures, radio, and TV.

26. Present homosexuality, degeneracy and promiscuity as "normal, natural, and healthy.“

Gracious Me! You mean that this societal transformation didn’t happen by accident? Oh, right. . . . these were deliberately directed Communist Goals—ones that have been quite successful, I might add. There were many people in place who knew exactly what they were doing and for what purpose, but there were also many who remained willingly ignorant as they worked tirelessly to help move this agenda forward. The result has been the destruction of the family and the lost innocence of our children.

I addressed these goals at a conference last year. In that presentation, I gave examples of books targeted to minors that certainly prove that these goals are now well established. Many are shocked when they see the depths of depravity being dangled in front of our children. Shining the light on the content of these books is frowned upon by most. Somehow, it is believed that if we ignore this issue, we can pretend it doesn’t exist. The problem is this: it does exist. It is pervasive.

At this conference, Dr. Reisman exposed Kinsey “science” for what it was—fraud. The outcomes of these lies has destroyed untold lives.

Years later, I contacted Dr. Reisman and began inundating her with questions. She tirelessly took her time to answer my never-ending questions, as well as those of countless other researchers. I will always be grateful for all she taught me over the years. She has been a patient teacher to so many, as well as an encourager and friend.

Between the Covers: What’s Inside a Children’s Book would not exist without her. She let me know, in no uncertain terms, that if I didn’t write this book, I was going to DIE with all this information in my head. I did protest—a lot! For those of you who were privileged to know her, she never backed down. I was conquered, and the book was written.

The first time I ever visited her, she played her guitar and sang a song she had written called “Miss November.” It was haunting and will forever stay with me. Her empathy for the victims—the collateral damage of Kinsey’s fraudulent science—was obvious in the mournful tone in which she sang those unforgettable words. 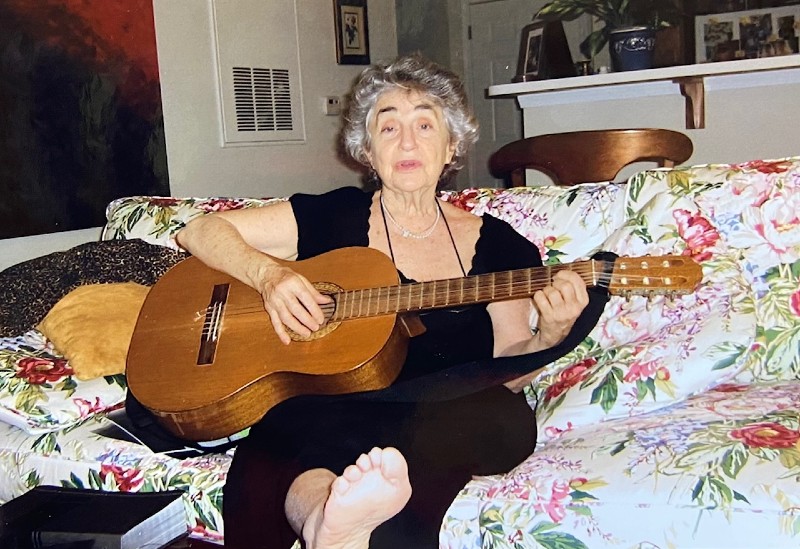 Sadly, Dr. Judith Reisman passed away on Friday. She fought to the very end to expose the damage done by Alfred Kinsey and his Institute. She shouted from the rooftops about Tables 31-34 from Kinsey’s, Sexual Behavior in the Human Male. Her heart’s cry was to expose this fraud, bring justice to the victims, and to prevent these crimes from being perpetrated upon other children.

Her work will continue when others begin reading and learning from the legacy she has left us. Three of her books are available as pdf downloads. Please take the time to read these books, and also, do watch this very important two hour C-Span video: 20th Century Sex Science and the Law.

I will miss you, dear Judith. I know I speak for many.

Deborah DeGroff
whatsinsidechildrensbooks.com
Between the Covers: What's Inside a Children's Book?