Why Can't Children Just Be Children? 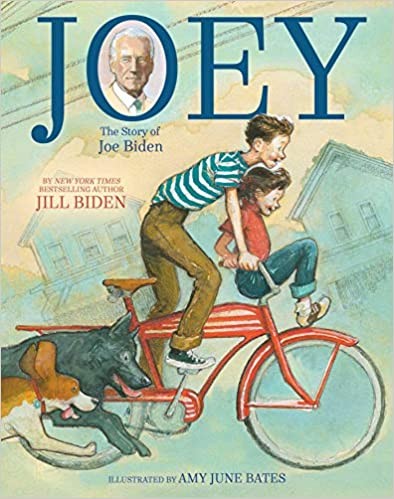 I have to scratch my head when I read some of the books published for young audiences. Joey: The Story of Joe Biden, by his wife, Jill, was just released June 30, 2020. The target audience is children from four to eight. Picture reading the following excerpt to your own precious four-year-old:

Always eager to prove he had guts, he never refused a dare, even when it was dangerous. He climbed atop a mountain of still-burning coal . . . He raced along the pipes high above a river. Once he grabbed a heavy rope and swung over a construction site, imitating Tarzan—without a net.

How many parents want their children to prove they are gutsy by taking "even dangerous dares?"

Responding to a dare doesn’t always turn out so well. Teenagers have been influenced by a stunt from the movie, “The Program.” They lay in the middle of busy highways “apparently to prove they had nerves of steel.”

An 8-year-old Florida girl died more than four months after she was injured while drinking boiling water through a straw on a dare.

A 19-year-old Mississippi man died on Saturday on Instagram Live, after accepting a dare from a group of his friends.

Certainly, the news media only reports on dares taken that do not end well. Mrs. Biden was just trying to make her husband relatable to the children, and did not consider the potential outcome of those words and the associated illustration. I would have thought that a children's book editor might have brought this to her attention.

Jill Biden was interviewed by The View about her new book about her husband’s childhood. She tells about how Joe stuttered as a child:

I want them to know that … Joe will be a strong and steady leader. I use the phrase, “Give me the ball” … I couldn't know when I started writing the book in the fall how really ironic it is that now… Joe is saying to Americans, “Give me the ball,” … let me shoulder it, because so many people are suffering from so much and I think that you know it's Joe’s steady leadership that I think people are really hungry for, and I think every president is known for something special about their presidency. … I think Joe will be known for being an empathetic leader because of all he's been through and because of the tragedies in his life-- because he did stutter, because his father did lose his job, because he did work at the only all-black pool in the city and saw what people of color went through, and so I think that empathy is gonna be Joe's greatest strength.

This book will be read by adults to the children in this age range who cannot yet read. These children from four to eight cannot vote, but perhaps this message about “empathetic Joe who will carry the ball” will not be lost on the adult readers who can cast a ballot.

Another selection for the four- to eight-year-old market is Mayor Pete: The Story of Pete Buttigieg (Who Did It First?) This book, by Rob Sanders, will be released July 21, 2020. The Amazon description reads:

When Pete Buttigieg announced he was running for president, he became the first openly gay candidate to run for the Democratic party’s presidential nomination and the first millennial ever to pursue the office…the young boy from South Bend grew into a man devoted to helping others. Mayor Pete: The Story of Pete Buttigieg celebrates the life of an American who dared to be the first and who imagined a better world for everyone.

Mayor Pete is no longer in the presidential race, but at least the youngsters will know that Buttigieg was the first candidate married to a partner of the same gender.

The People of Pride series is for children from ages two to five. These 22-page board books feature Ellen DeGeneres (March 24,2020), and Harvey Milk (May 19, 2020). The third book in the series, about RuPaul Charles, is due to be released September 1st of 2020.

In this beautifully illustrated board book series, parents can celebrate the accomplishments of LGBTQ heroes, and introduce their little ones to the trailblazers who have shaped our world.

The Joey and Mayor Pete books were intended for children four to eight, and the People of Pride board books for children from two to five. What about books for the even younger set?

No! My First Book of Protest board book, by Julie Merberg, is for babies 3 months to 3 years. It’s obviously vital for infants to learn about Gloria Steinham and Greta Thunberg before experiencing table food.