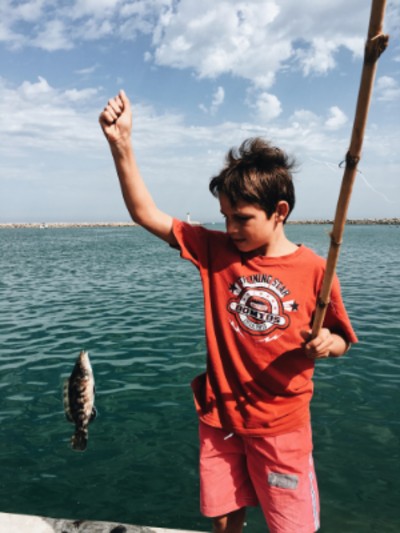 It isn’t unusual to read an article or book in which the author mentions another person, book, product, or subject. Reading an article about James Madison would very likely mention The Federalist Papers since James Madison penned many of these essays. Some readers will now decide to read The Federalist Papers for themselves, while others may choose not to go beyond the information given within the text. While this isn’t considered product placement, some people will purchase this book as a result of reading the book on Madison.

Product placements are often initiated through an agreement between a product manufacturer and the media company in which the media company receives economic benefit. A company will often pay a fee to have their product used, displayed, or significantly featured in a movie or show.

For example:
Coca-Cola could pay a given fee to have the title character drinking a Coke, instead of a Pepsi beverage, or Toyota might pay to have one of the characters drive their newest automobile.

Through product placement, companies hope that moviegoers will take note of the products used by the characters, and therefore think more strongly about using the products themselves.

Some people consider product placement to be deceptive and unethical.

Although product placement is common in television and movies, it is a recent phenomenon in books. There are increasing numbers of articles about advertisers paying authors to feature products in their novels. Authors of children’s books are seldom compensated for product placement, and this practice has—at least previously—been frowned upon. Most children’s book authors claim the use of product placement makes their books seem more credible or realistic. Even if that is an author’s intent, this practice begs the question as to whether these placements affect the future buying habits of the readers. Are these impressionable child readers influenced to use the products being name-dropped?

Many children’s books—Sara Dessen’s, This Lullaby, for example—incorporate quite a number of product placements throughout the storylines. In This Lullaby, Dessen inserts:

It explained the feelings of confusion and despair were natural while you were transitioning from one sexual identity to another, and said that one should be totally willing to ask oneself the really “tough” questions.

Other children’s books overemphasize particular brands of clothing and shoes.

Last month, Digitas, part of the global ad giant Publicis, published a report . . . which reveals that "Today’s little kids and tweens having buying power to the tune of $1.2 trillion per year."  The report explains that "we did our research, talked to our kids, and then brought a panel of five preteens (ranging from ages 10-13) onstage."   Some highlights include:

"That $1.2 trillion figure isn’t just about how much kids buy themselves—it also includes the degree to which they’re influencing their parents’ purchases. For instance, 60% of all tweens today have substantially influenced their parents’ final decision on which car to buy...

Motoko Rich wrote an article for the New York Times in June of 2006. Rich’s article, “Product Placement Deals Make Leap From Film to Books” addresses Cathy's Book: If Found Call (650) 266-8233, a book for young adults. Cover Girl (owned by Proctor and Gamble) didn’t pay the authors of this book to add the products, but did promote the book on their Beinggirl.com website for adolescent girls. Receiving bad publicity, the references were removed from the later paperback edition.

Meda Mucundorfeanu and Julia Szambolics, both from Babes-Bolyai University in Romania published an informative article, “The Use of Product Placement in Books and E-Books,” in February of 2017. Addressing the effect of product placement on readers, the authors write:

A book is the single medium which persons use only individually, which is not shared during the process, so the grade of intimacy and isolation while using this medium is greater. Consequently, the individual is more open, more susceptible to influential factors, while being in the comfort of his or her own experience. . . .

[F]rom the advertisers’ point of view, the use of product placement could be highly effective, because they have the undivided attention of the reader, as books cannot be read while doing something else or talking to someone, in comparison to other media use.

Characters in children’s books sometimes mention the books they have, are, or going to read in the future. The book, Twelve, by Lauren Myracle, opens with Winifred Perry’s twelfth birthday. This book for middle graders+ delves into puberty--complete with narration on developing, purchasing a bra, menstruation, instructions on inserting tampons, and erections.

Several books are mentioned along the way. Winnie mentions that she read The Thorn Birds when she was ten years old “where a girl my age got her period and thought she was dying of some horrible disease.”

The Thorn Birds was one of many grown-up-type books I’d read at an early age, books that normal parents wouldn’t let their sweet little darling read. But Mom was like, “Sure, read whatever you want.”

I’ve learned a lot that way, actually. Like in Wifey, when the husband took pictures of his wife in her negligee, because being pregnant made her boobs turn large. . . . And then the wife went on to have all these affairs, and I was absolutely engrossed. (127)

The Thorn Birds is set in Australia, and is about the beautiful Meggie Cleary who has a brief affair with a Roman Catholic priest, and unbeknownst to him, gets pregnant and gives birth to his son.

The Cincinnati Enquirer review on the back of Wifey, by Judy Blume reads:

“YOU WILL ENJOY READING THIS BOOK . . .
Sandy is a very likeable heroine . . .
a nice, upper-middle-class housewife--
with a very dirty mind . . .
HIDE IT WHERE THE CHILDREN
WON’T SEE IT!”

The front cover states that this is an adult novel and reads: "THE NATIONAL BESTSELLER OF A VERY NICE HOUSEWIFE WITH A VERY DIRTY MIND." Reading even the first page and a half of Wifey makes it clear as to why the Cincinnati Enquirer wrote, “HIDE IT WHERE THE CHILDREN WON’T SEE IT!”

Along with The Thorn Birds, twelve-year-old Winnie has read Wifey somewhere between the ages of ten and twelve.

Winnie’s older sister gives her Judy Blume’s, Then Again, Maybe I Won’t to read. This is another book for middle graders. This book, originally published in 1971, addresses puberty from a boy’s perspective.

That’s when I discovered I could see Lisa’s room from my room. I don’t know why I never thought of it before. I guess I’ve been so busy pulling down my shades to make sure she can’t see me it never entered my mind that I could see her. With all my lights turned off and with her lights turned on, I can see everything she’s doing. And what she was doing was getting undressed.  Page 73

That night I kneeled by my window and waited. Lisa’s lights were on and her shades were up as usual. . . . Finally she came into her room. My hands were really shaking. I couldn’t even hold my binoculars steady. The view was great. . . . It was like she was standing right in front of me. I could even see the expression on her face.  . . . The first thing she did was try on the green stretch sweater. . . . I watched until her lights went out.  Page 106

Supposedly, Winnie learns about hard-ons or erections by reading this book, but remember she had already read the adult book, Wifey, which addressed this before the end of page two.

Sandra, Winnie’s older sister suggests that she read Are You There God? It’s Me Margaret, another book by Judy Blume next. Although Winnie doesn’t read this one in Twelve, this book about a sixth grade girl is also for middle graders and was first published in 1970.

Let’s see. Margaret’s friend Nancy’s brother walks around the house naked; Gretchen’s dad used to, but has recently stopped, and Janie’s aunt went to a nudist colony last summer. Margaret and her friends are viewing her father’s recent copy of Playboy:

Nancy opened it right up to the naked girl in the middle. On the page before there was a story about her. It said Hillary Brite is eighteen years old. “Eighteen! That’s only six more years,” Nancy squealed…..  pages 71-72

Sandra tells Winnie that she can read Judy Blume’s Forever, a book for young adults, when she is older. In that one, Winnie will later learn how to contact Planned Parenthood for birth control purposes. Katherine, the main character, is somewhat disappointed with her first-time sexual intercourse with Michael. Michael assures her that it takes practice. They continue in this relationship until they break up at the end of the book. It’s curious as to how these Blume books for middle graders and young adults would be new material to a twelve year old who is already well-versed in the very adult, Wifey.

On the Acknowledgements page of Twelve, Lauren Myracle writes:

Thanks to Judy Blume for her fantastic books. They inspired me then, and they inspire me now.

The Thorn Birds, Wifey, Then Again, Maybe I Won’t, Are You There God? It’s Me, Margaret, and Forever are all referenced in this book about a twelve-year-old girl. How many young readers will run to the nearest library to check these books out next? If the libraries are still closed, downloading these books from their local libraries to their devices will work just as well.

Whether or not authors are getting paid to market clothing, shoes, cell phones, food and drinks, cosmetics, handbags, jewelry, and other books, a fishing line has been cast and some children are taking the bait.