“SEEING IS BELIEVING” OR “YOU CAN’T TRUST YOUR LYIN’ EYES?” 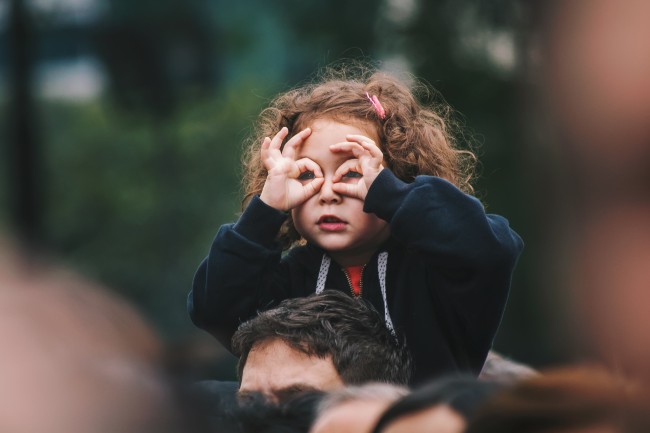 Reality is defined as: "the world or the state of things as they actually exist, as opposed to an idealistic or notional idea of them." Reality is not subjective.

“Seeing is believing,” has been replaced with, “you can’t trust your lyin’ eyes.” Setting aside the tricks of a magician or the skills of a creative photoshop artist, we typically give credence to what we observe.

Parents spend countless hours teaching their babies the names of people, animals, places, and objects. There is a comfort in learning the difference between the soft-to-the-touch pet that meows and the critter who barks when the doorbell rings. . . . of recognizing mommy’s face or daddy’s voice.

Parents magazine answered a reader's question about how many words a 2-year-old should be able to say:

Around their second birthday, many children begin to acquire words at breakneck speed, a phenomenon experts call the naming explosion. Most 2-year-olds can say about 100 words. By the time your toddler is 2 1/2, she'll probably know close to 300. But not all children follow this pattern . . .

Fast forward to a pre-school situation or a library story hour, for example. Brenda is a Sheep, by Morag Hood, is a book for 3- to 7-year-old children. This book was originally published in July of 2019 by Two Hoots but will now be published by Random House Books for Young Readers in November of 2020. In this book, Brenda, the wolf, realizes that she is a sheep. 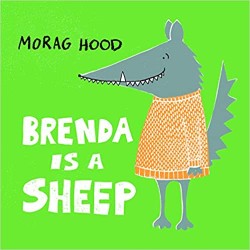 In Benny’s True Colors, by Norene Paulson, Benny is a bat, but knows he is a butterfly. This 40-page picture book will also be released in November. This book is for children from three to six. 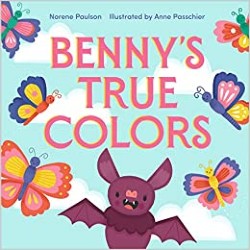 When Aidan became a Brother, by Kyle Lukoff, was published in June of 2019. A Publisher's Weekly review explains:

Everyone thought Aidan was a girl when he was born, but Aidan knows that "he was really another kind of boy."

Kyle Lukoff includes an “Author’s Note” at the end of the book explaining that everyone thought “he” was a girl when “he” was born. The Amazon description lists Lukoff as a school librarian and book reviewer in New York City. This 32-page picture book is for children from 4 to 7. 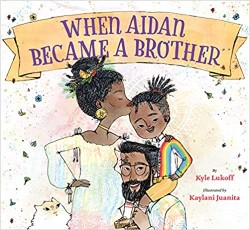 The book, I'm not a Girl, was written by a transgender boy, Maddox Lyons. (I addressed this book in the February article, “Targeting Preschoolers via Picture Books.”) This 40-page book for children from 3 to 6 was released August 4, 2020. "Nobody seems to understand that Hannah is not a girl." 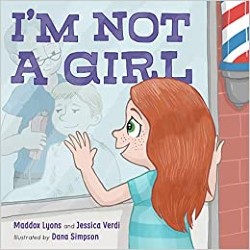 I could give dozens of examples, but I will stop here. Publishing companies hope to make a profit when producing a book. They are either creating a market for these types of books or reflecting this “things aren’t what they seem” message. Are these publishers soliciting manuscripts with this content?

What is the outcome of young children being fed stories about the bat they see really being a butterfly or the little girl they recognize transforming into a boy? A 2017 Washington Times article reported the consequence of a kindergartner hearing the teacher first read, “I am Jazz,” and then presenting a male student as a little girl.

A little girl who attends Rocklin Academy Gateway was “shaking and crying” about the thought that she would turn into a boy after she learned about transgender ideology and saw one of her male classmates present himself as a girl during a kindergarten class.

Let’s face it. If a dog isn’t a dog, mom is now dad, and a boy classmate is now Susie . . . the foundations have just been removed from under the children’s feet. If these young children can no longer trust their obvious lyin’ eyes, how will they know that 2+2 will always be 4? What is constant and what isn’t?

Maybe the editors, publishers, and those reading these books to the children are so used to seeing bats as butterflies that they cannot “see” the obvious outcome. It’s simple. It’s called confusion.