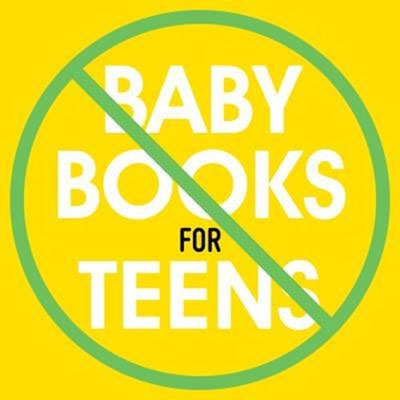 There are numerous companies that provide materials for schools to use with struggling readers. One such company is Saddleback Educational Publishing, which will be the focus of today’s blog. Saddleback Educational Publishing caters to supplying resources for struggling learners, ELL (English Language Learners), newcomers, and special ed students.

Parents assume that the schools are using sound reading instructional materials to actually teach their children the mechanics of reading which would eliminate the stigma of carrying a “struggling reader” label all their days. However, what one assumes and what constitutes reality are seldom close cousins.

The Facebook page for Saddleback includes the descriptive picture (shown above), signifying the types of books that they are marketing for teens.

Just what does Saddleback mean when they stress that they don’t market “Baby Books for Teens?” Their description of their Gravel Road books for teens is clear:

Hard-hitting, contemporary young adult fiction is not trendy--it's not dystopia. There are no vampires, no werewolves, no castles. It's real life. It's unflinching. Gravel Road highlights the talent of YA authors committed to creating realistic fiction with emotional authenticity. No topic is off-limits: suicide, homosexuality, drugs, rape, gangs, bullying. Teens live with this reality each day. And they find a way to survive. Each paperback book is 200 to 275 pages. 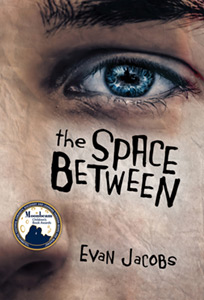 There are twenty-two Gravel Road books listed on their website. The first one I read was The Space Between by Evan Jacobs. In this book, Eric is very involved in Mixed Martial Arts (MMA). In Junior High, Eric had a girlfriend named Danielle. He mentions that she was a very good kisser. Danielle and her family moved away soon after this.

Now Eric is a sixteen-year-old sophomore and Danielle and her family are moving back. There is just one difference—Danielle is no longer Danielle, but rather ‘Dan’. Yes, now the ‘good kisser’ from a couple years earlier is now a transgender boy. At first Eric tries to distance himself from Dan, but since Dan is very involved in MMA, they eventually start practicing together. Dan actually wins the MMA competition. The book concludes with:

Nothing was better than being comfortable in your own skin. It was the first time in his life he’d felt like that. His friend had taught him this. Dan was living his truth. And now Eric was living his.

The Saddleback website lists this book for students in grades nine to twelve. It has a HL230L Lexile Level. HL is a Hi/Lo book, which means it has a high interest, but low reading level. How low? According to the Lexile College and Career Readiness levels, second grade begins at 420L. 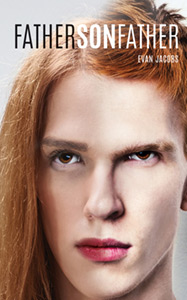 FatherSonFather—also by Evan Jacobs—is another book devoted to a transgender theme. When Jeff’s father, who is suffering from Parkinson’s Disease and lung cancer, is in the rehabilitation center, his nurse is a transgender woman. At first Jeff is disturbed, but later realizes that Andrea is an excellent nurse, and both he and his father come to depend on Andrea. Andrea talks to Jeff:

Well, while I may not have chosen to be who I am, I could have elected not to have surgery. In fact, for a while I just dressed up. But it reached a point . . . imagine you’ve felt imprisoned your whole life. But there’s a way out. There’s a way for you to be really free. To fully feel who you believe you were meant to be. Is an amount of temporary physical discomfort worth stopping that?

He thought about asking Andrea if she wanted to be with men or women. He decided not to. It didn’t matter.

FatherSonFather is also written on a second grade reading level, weighing in at HL430L. 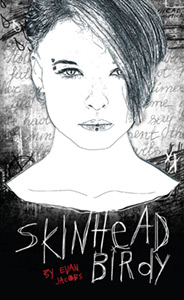 Skinhead Birdy was also written by Evan Jacobs. It lists at the HL420L bottom of the second-grade reading level. Let’s see: Tyler has anger issues, his mother is dead, and his father who fought in the war in Afghanistan has PTSD and physically and verbally abuses Tyler. Tyler meets Birdy (Sara) who, according to the book, is mentally ill. She is also bisexual. Tyler falls in love with her. She is raped in this story and tries to retaliate by placing a bomb in the rapist’s locker. The bomb was not wired properly and doesn’t go off. She is sent to a rehab facility.

Tyler goes to the rehab facility to visit Sara. She tells him that the only people who have visited her besides him are her parents and Leslie. Leslie is her girlfriend.

"Leslie and I hooked up while she was here." Sara looked at Tyler. . . . "It was nothing big. I just . . . as part of my recovery I want to be honest. I thought you should know."
"I just want you to be happy, Sara. That’s all I really care about." He smiled.
Tyler was disappointed. He didn’t understand why he couldn’t be enough for Sara. . . . Now was no time to be jealous or needy when Sara needed him most.
"Do you still want to be with me?" she asked quietly.
"Of course." Tyler nodded his head.
"You think you can handle being with the crazy girl?"
. . . "Haven’t I been with her this whole time?" 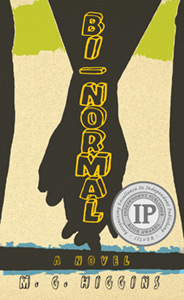 Bi-Normal, by M. G. Higgins exams the themes of bullying and bisexuality. Brett is a football player. He and his other football player friends, bully other kids—especially the homosexual kids at their school. Brett begins to realize that it is wrong to do so, but it seems as if it’s only after he starts questioning his own sexuality. He wants to have sex with his girlfriend, Jillia, and he finally pressures her into it. Shortly afterwards, she breaks up with him and tells him that he ‘bullied’ her into having sex. Meanwhile, at the same time he is dating Jillia and having sex with her, he has fallen for Zach, a guy in his highschool art class. (He later learns that Zach is straight.) He starts remembering the feelings he had for another boy when he attended a summer camp when he was eleven. Brett tells Nate, the homosexual guy he had previously bullied, about the feelings he has been having, and Nate sends a bisexual guy—Travis—to talk with Brett. As a result, Brett decides that he must be bisexual. Travis tells him that he needs to tell someone. Brett tells his father:

When I’m done, part of me doesn’t care about his response. I told someone. It’s off my chest. I’m relieved.

At first, Brett thought these feelings were wrong. Once he learns that there is a name for people who desire both sexes, he believes this is just who he is. He still doesn’t want to come out, but at the close of the book, he decides to call Travis, the bisexual guy:

I guess what I’m mostly looking for is someone who understands. Friendship, maybe. And courage, I guess. Because one of these days there will be another Zach. And he won’t be straight. And I won’t be in another relationship. And then . . .
Then I’ll have to see how brave I am.

Bi-Normal is written on a HL330L reading level which, according to the levels shown on the Lexile College and Career Readiness charts, is also below a second grade reading level.

This was just a very brief overview of four of the twenty-two Gravel Road books available. Anyone can read these books, but the intended target audience is struggling readers, ELL, newcomers, (foreign students who are new to this country?) and special ed. Would the type of content in these books entice these older students to read these books written on an approximate second grade reading level? Would reading these books improve their poor reading skills . . . or is it more likely that the message is the real purpose?