Between the Covers: What’s Inside a Children’s Book?

Debbie DeGroff became interested in the subject of children’s books when her oldest child began to read. While perusing the then current literature of the eighties, she noted the contrast between those books and the books she had read as a child. Upon reading more, curiosity then shifted to concern. This spawned a lifetime of research and a resounding cry for parents to look into their children's books. In the last thirty plus years, she has read thousands of children and young adult books in their entirety and is esteemed to be a leading authority on the subject.

UPDATE!  This book is now available on Amazon as a Kindle edition.
The hard copy of Between the Covers: What's Inside a Children's Book? can only be purchased from this website.

Why the sippy cup?

Since I first wrote in my book introduction about the numerous questions people were asking about a particular sippy cup on Amazon, the number of questions has risen from one hundred fifty-six to one hundred ninety-one. All these questions were posed about a cup that cost under $15 and will only be used for a short period of time. Shouldn’t we be asking even more questions about the influences and influencers that are shaping our children’s lives?

The consequences of a leaky sippy cup result in wet clothing or flooring, but these are mishaps that can be readily remedied. The same cannot be said of ideologies being spoon-fed to young children while parents remain oblivious.

I do not claim to have all the answers. My hope is to provide you, the reader, with enough information to cause you to formulate your own questions and start seeking the answers.

The last chapter of my book is, “Remember the Sippy Cup?” I hope this picture of a sippy cup will be a reminder to ask more questions. The shovel, of course, demonstrates that you will often have to dig for those answers. 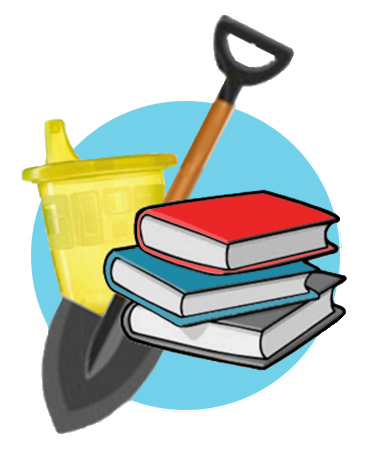